A break in the clouds... 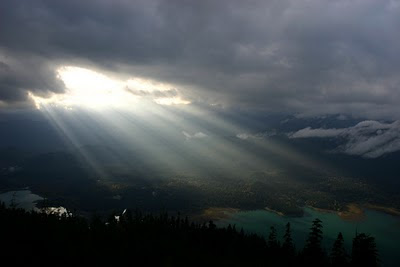 Break 1: Margaret's back is improving.

Black clouds on the horizon 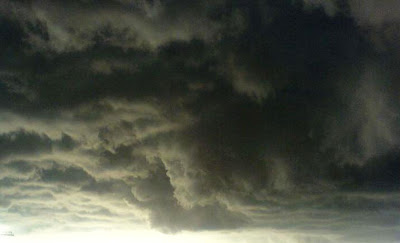 Cloud 2: Margaret has done something nasty to her back.

Am I doomed to never get to Galapagos? 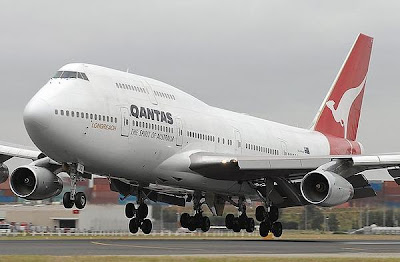 Eleven days out and it's getting serious.

Did a trial pack. 7kg in the suitcase, 4kg in the backpack. That will blow out once I add a book to read etc but it amuses me that I took more to Sydney for a week than I take on a six week trip to foreign places.
...
Posted by Lee at 21:43 3 comments:

A chef killed his wife with a heavy iron pan and kept her body in a freezer for three years before dumping it in a wheelie bin outside his home, a British court has heard.

Wallner had taken his wife Melanie's frozen body from a freezer in his back garden shed to the bin shortly before he vacated the property. Dustmen refused to take the wheelie bin because it was too heavy, and his landlord saw her ankle when he opened it, the Press Association reported.

Email ThisBlogThis!Share to TwitterShare to FacebookShare to Pinterest
Labels: murder 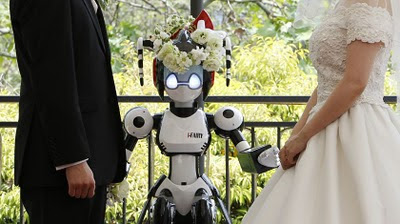 In Japan, you can now be married by a robot.

Of ash and turtles. 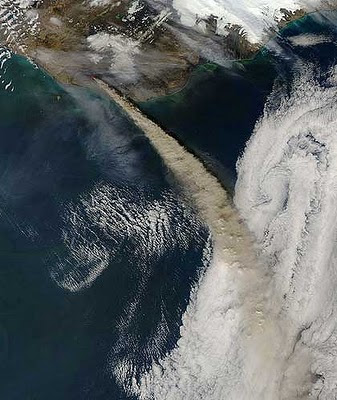 It's such a small pimple on the bum of the planet but the Icelandic volcano is causing some grief.

In under three weeks we head off to finish our 2008 holiday - Galapagos Islands, Cuba and...

...on to Belfast for the sister-in-law's (mumbleth) birthday party. 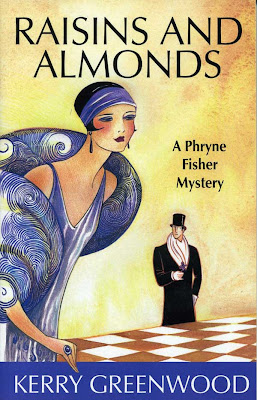 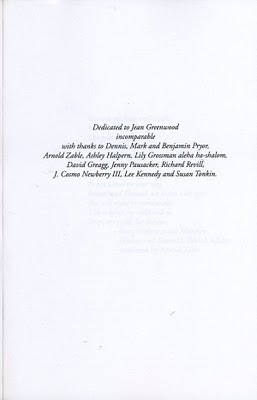 Email ThisBlogThis!Share to TwitterShare to FacebookShare to Pinterest
Labels: fame 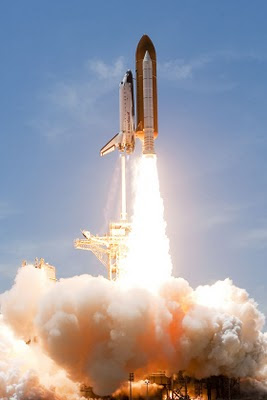 The third last shuttle launch. Wish i could see one of them go up. Had considered it in the last trip I did but, because the launch date is fluid, couldn't plan it in. 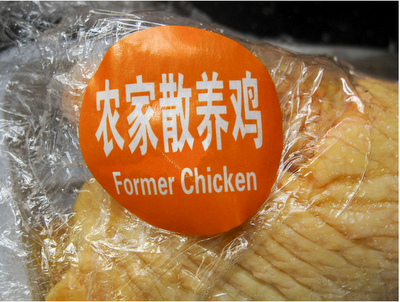 Email ThisBlogThis!Share to TwitterShare to FacebookShare to Pinterest
Labels: humorous

Do you know the way to tamarillo? 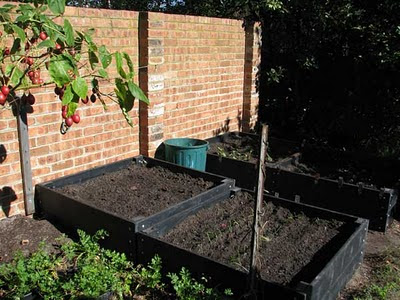 Lurking to the left of the vegetable beds, is a largish Tree Tomato, or Tamarillo. 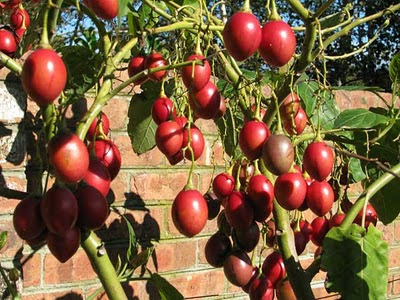 Feast or famine; they all look like they will ripen on the same afternoon.
...
Posted by Lee at 20:26 5 comments: 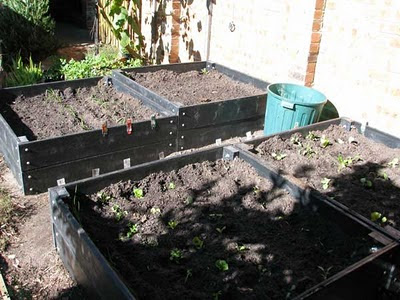 Here's what happens if you take a truck load of inkjet cartridges, melt them and extrude them.

Cut to length and bolted together and you get raised garden beds. Easier to manage than the beds in the ground by all accounts. Warmer too, so the plants should grow better.

There are potatoes in the rubbish bin too. As they grow it will be filled with more soil. (Yes, it has drain holes.)

The other side of the vegetable garden looks like this: 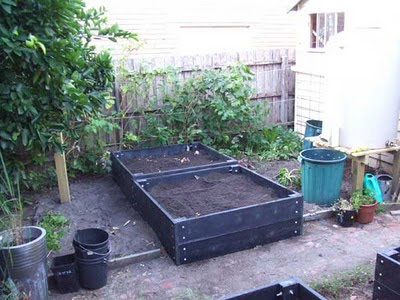 Remnants of the old garden can be seen in the back corner (beetroots, silverbeet & bok choy); raspberries on the fence, and a lime that needs a serious trim back to the left. Lemon grass in the silver planter. Plan to have a number of other things in pots as well.
...
Posted by Lee at 20:49 9 comments: 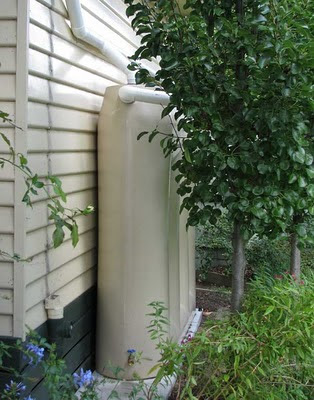 Just to show my absence from blogging was not all sitting around with my feet up. I have put in four water tanks. The one above, 2000 litres, sits snugly behind the Manchurian Pears. It is also linked to a tall narrow tank up the side of the house by a pipe under the house. The small tank doesn't hold much on its own but the two tanks equilibrate and it means I can harvest a good downpipe that is around there. 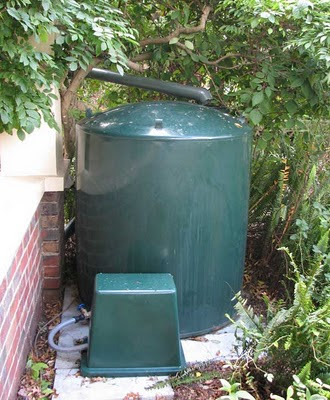 There is a fourth in the vegetable garden.

We are slowly moving to make things a little more sustainable.

Tomorrow I will show you how to build a vegetable garden out of ink-jet cartridges.
...
Posted by Lee at 22:26 7 comments:

Is it Spring? Really? 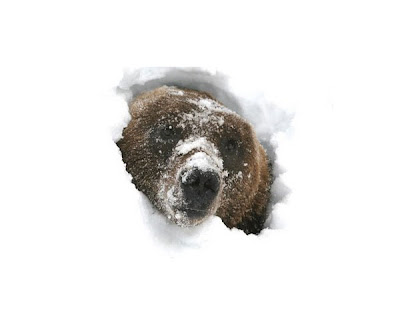 If this post is too long, people wont read it.

If I split it into multiple posts, people will only read the last post.

Perhaps headings will help. Here are the topics I will cover:


Blogging
Blogging is an odd past-time, largely driven by reciprocity. If another blogger visits, you feel compelled to visit them. It can become a chore. People can become miffed if you don't visit. Comments become perfunctory and pointless.

Blogs need a button where visitors can 'clock in' - "I came, I read, I nodded sagely but couldn't think of anything relevant to say so I left again. Keep up the good work".

A Curate's Egg
So why blog? I know some of the extended family read it but, not having blogs and not driven by the power of reciprocity, they never comment. But I know they visit. So, for them, it is a family update of sorts. One way but there, none the less. Sometimes it is useful to have on-line access to family stuff to show folks at work or elsewhere. That seems to be the only purpose of the A Curate's Egg blog.

My other blogs grew out of the thought that, if I try to cover everything in one blog, some folk my not like it. The popular wisdom is that you should avoid sex, religion and politics in polite company. The Curate is the front lounge room, the Curate is tea and sponge cakes.

Sex
This blog is just an assembly of nice photos, weird photos, strange contraptions and low grade erotica. As a few folk at work are finding me on-line, I will be cutting this blog adrift - there will be no links to it from here and it will not show up on my profile.

Religion
I am an atheist. This blog was largely for exploring the strange and largely foreign world of religion. I'm over that now. I may post occasionally. It, too, shall not be linked from here.

Politics
I lament the way the world is going and will continue to say so here. No-one reads it but I feel better having said it. Cheap therapy.

J Cosmo Newbery
An increasing number of people now know that I fathered all of J Cosmo Newbery's children. And vice versa. I created J Cosmo Newbery in the late 80's, when I was writing letters to companies during the evening and possibly initiating prosecutions against them during the day. Not a good combination, career-wise, so an alias was created.

J Cosmo Newbery has been my poetry outlet for the last few years. I sort of want to cut him free now. I will keep him as a character and will link to him from here but will not be putting in a reverse link from him to here. We may still comment on each other's blogs. Mr Newbery is more a Facebook person than I am, too. But neither of us Twitter.

Sorry about the milk on your screen.