Can a vegetarian talk tripe? 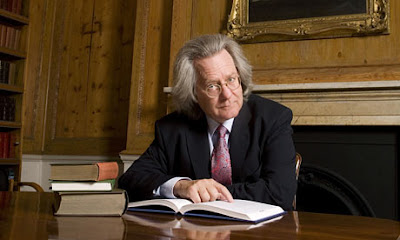 This is Professor A. C. Grayling, philosopher, atheist and prolific writer.

He is also a vegetarian.

I have no problem with that, many of my favourite meals contain no meat:

But I read one of his articles today and, when it comes to vegetarianism, the guy is as fanatical and as irrational as the worst religious fundamentalists he argues against.

"What butchers call 'fresh meat' is nothing of the sort, but is in fact carrion, because meat is only soft enough to cut, cook and eat when it has begun to decay. "

Comment: All meat carcasses are carrion, by definition. The hanging process has nothing to do with bacteria, indeed meat is kept cool (1-3 deg C) to prevent bacterial growth. The softening of the meat tissues during hanging is an enzymatic process, not bacterial.

"Rotting is effected by millions of bacteria swarming in the meat; their task is to pre-digest it for us by eating it first; the gamey smell of hung venison comes from the excrement of the microbes smeared all over it - everything that eats must excrete, and the meat is both dining room and toilet for the microbes. "

Comment: Lots of emotive words, little fact. Game is not common fare and the cooking process kills all bacteria.

"Everything that eats must excrete" is true enough but bacteria don't eat. Not in the sense of a digestive system with a mouth, intestines and anus.

You do seem to have it in for bacteria. Does that mean you don’t eat yoghurt because of the billions of bacteria ‘defecating’ in it? Or cheese. Or coffee? Or Cocoa? Or vinegar? Or sourdough bread? Or soy sauce? Or vitamins B2 and B12?

"Perhaps you like filling your mouth with rotting flesh full of injected hormones and vaccines, pullulating with microbes and covered in microbe diarrhoea."

Comment: Even if the food was 'pullulating' with microbes, which it isn’t, all bacteria are killed by cooking. If meat was so tainted, why can people eat raw meat safely? OK, not chicken, but many other meats are eaten raw or rare with nary a blink from the health authorities. Is this dereliction of their duties or is possibly because there no risk?

I must pull you up on diarrhoea. Yes, it is a nice emotive word but it is factually quite wrong. Diarrhoea is often a bacterial infection in animals. There is no evidence of bacteria having bacterial infections. They do not even have a digestive system that would support such a process.

That will do. I can't help wondering how the good Professor would mark a student's paper if they wrote in such a bizarre manner and illogical manner.

But it is fascinating to see a normally logical and reasoned writer struggle with a topic quite obviously close to his heart. Rationale thought seems to have deserted him.

If I was a Creationist, which I'm not, and I was on the other side of a debate with Professor Grayling, which I am unlikely to be, I would have to slip in something like "God meant us to eat meat" and then watch him haemorrhage.
....
Posted by Lee at 20:58 12 comments:

Email ThisBlogThis!Share to TwitterShare to FacebookShare to Pinterest
Labels: vegetarianism

I knew she'd say that. I have found myself on a fortune-teller-cum-astrologer-cum-scammer's email list.

That's what happens when you poke fun at these people.

Every so often I get a 'I have been thinking about you and I have some good news for you' email that has the following as it's last line:

If for whatever reason you no longer wish to receive any emails from me
please click here to remove your email address. 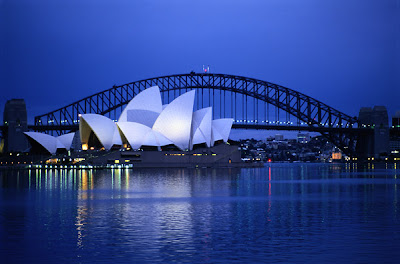 Email ThisBlogThis!Share to TwitterShare to FacebookShare to Pinterest
Labels: Sydney

That was the weekend that was... 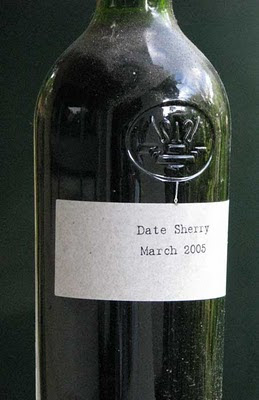 Seemed to get a lot done this weekend:

We have a hard rubbish collection tomorrow so trimmed trees, some savagely, and general chuck out of useless stuff. I know it was useless as every the people who trawl the streets looking for stuff to take took nothing.

In the process we found some long forgotten wines from a time a few years back when I went on a wine making kick. The Elderberry Wine was unremarkable, the Damson Plum Port disgusting and the Date Sherry absolutely scrumptious! If you have ever had Spanish Pedro Ximinez sherry, it was very much like that.

Coincidentally, Mr Newbery wrote about wine labels this weekend but mine gave nothing away.

That set the scene for our regular Saturday night candle-lit dinner (even in Summer we have candles) - Fresh pineapple with a yoghurt/coconut/garlic sauce (more of a paste), individual Moussakas with salad; Rice pudding with Medjool dates and Date Sherry.

During the week we noticed that the second bathroom's toilet was slow draining. It got worse and, on Saturday morning, we noticed a flood when Simon had a shower. P00. (In all senses of the word.) Weekend plumbers are pricey but it had to happen. The plumber came and the good news was that the blockage wasn't on our property but on the length of piping belonging to the water company, so they pay for the plumber. Woohoo!

I have had a project on my to-do list for a while to make a Tiffany lamp to replace a Bank Lamp that has a crack in the glass. On Saturday the two things coalesced into a single project to replace the shade on the bank lamp with a Tiffany style shade. Watch this space.
...
Posted by Lee at 17:48 6 comments:

Email ThisBlogThis!Share to TwitterShare to FacebookShare to Pinterest
Labels: Bits and pieces

Driving to work this morning I was following a truck that had the above slogan painted on its back.

A lot of meat has Salmonella on it, chicken especially, but the meat doesn't know or care. Doesn't seem to harm the meat itself. It is also found in lots of other places, other than meat. Salmonella is very easily killed by cooking.

I assume that they mean that television poisons the brain, but it could mean that it gives it diarrhoea. Why do politicians and journalists spring to mind when I think of mental diarrhoea?

What would have been a better analogy?

Television is to the brain as... 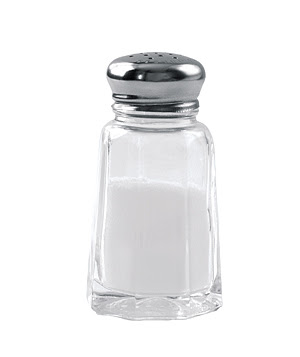 Yesterday, after I had checked for mail (the real stuff that the Postie delivers), I found a leaf stuck to my trousers. I thought nothing of it and put it into the waste paper bin.

Next morning, when I went into the study, the leaf was suspended in mid-air in the middle of the room.

Yes, that's right, it had a spider living inside it. 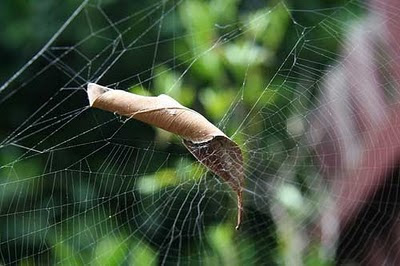 I put it out in the garden.

I do love the time of year when the leaf-curl spiders are about. I have a salt shaker full of glitter and I go out into the garden and decorate their webs for them.

But it is gone the next morning. I have visions of the spiders cursing and swearing, running their fingers down each strand of their web to take off the glitter.

And they want me to pay for web access! 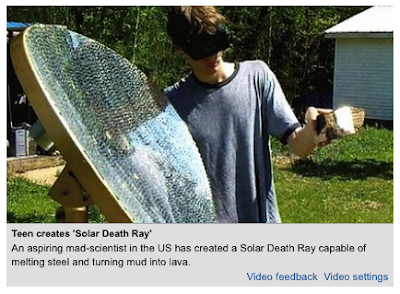 You will have picked up on my absolute dismay at the moronic articles written in the media nowadays.

The above picture came with the heading:

This is just a bigger version of small boys tormenting ants with a magnifying glass.

Yes, if you use 5800 small mirrors to focus the sun, you will get a pretty hot spot at the focal point. But not a ray, as we know it Toto.

Here is a bigger version, build in France in 1970: 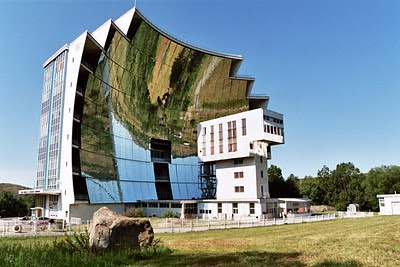 And here's a cute little cooker that you can take on your next camp: 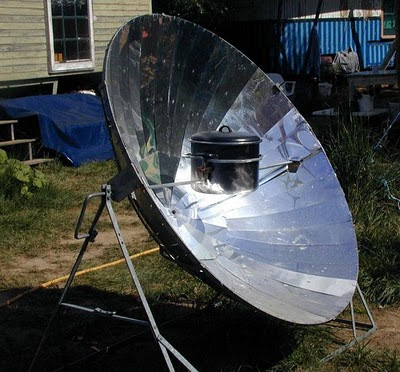 It they expect me to pay for news on line, they will have to research things a little better than just calling a parabolic mirror a 'death-ray'.
...
Posted by Lee at 20:41 6 comments:

Well, the tanks are full! 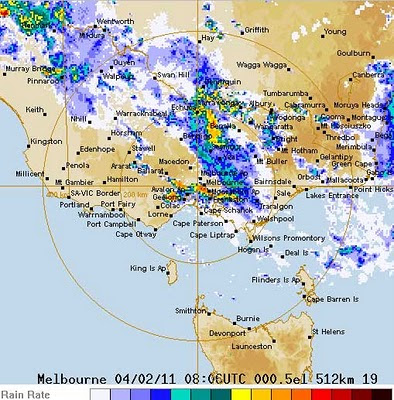 The slipstream of cyclone wassname brought a little rain.

Found ourselves under two inches of water.

No, not a lot by recent standards around Australia but still a novelty when you live on top of a hill. 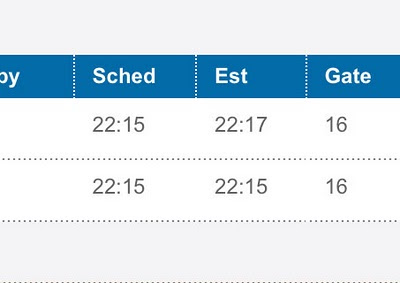 We are collecting Simon from the airport tonight, rain permitting.

The first row refers to tonight, the second to tomorrow. 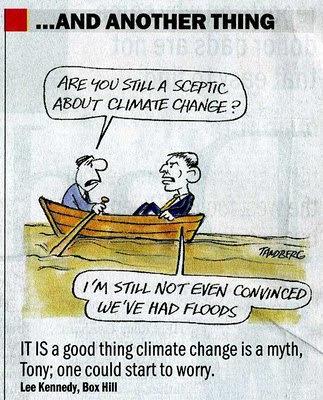 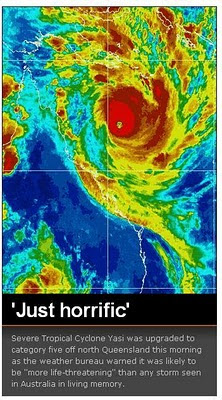 Just a natural variation that has a longer cycle than the news archives, I guess.
...
Posted by Lee at 11:37 6 comments:

Email ThisBlogThis!Share to TwitterShare to FacebookShare to Pinterest
Labels: climate

Wow, that was lucky! 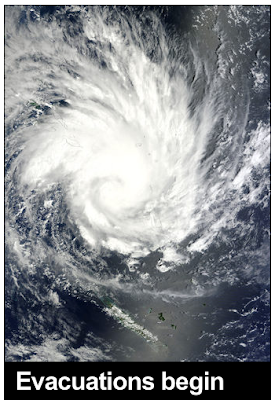 Cyclone Yasi heads towards Queensland (you remember, that place that had the floods).

The biggest one on record but then record falling is so passé nowadays.