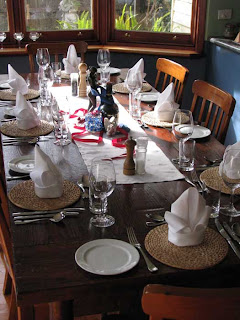 Margaret's table setting for the meal. 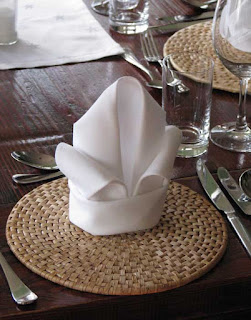 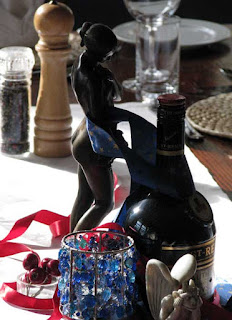 The centre piece: a small statuette Martin brought back for me from Paris,  a bottle of brandy, a few red, white & blue things and a small replica gargoyle from Notre Dame.

Initially dinner was going to be for three.

All that changed was the main: had been planning a French Café style steak and triple cooked chips.  Not too happy doing steaks properly for eight people at once so went to Plan B.

And so, the meal:

Starter:
French Onion Soup.
◊ cooked 2kg of sliced, sauteed onions in the slow cooker for 6hrs.  Will definitely do that again.

Main
Boeuf Bourguignon
◊ Made at lunch time and put in the hay-box for the afternoon and then into the oven when the potatoes went in.

Dessert
Tarte Tatin and cream.
◊ Used Golden Delicious apples and had enough for a double layer of apple crescents (cut into eighths).

Cheese platter was abandoned due to lack of interest. 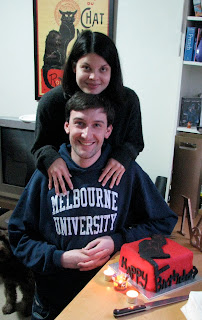 I had heard about things that you could do with Google Images - notably dropping an image into the search box and letting Google Images look for matches.  Said to be a good way to identify those long forgotten buildings in your holiday happy-snaps.

Tried it with the photo of Martin & Roni, above.

Google Images found no matches as such but was able to recognise the poster on the wall behind them. 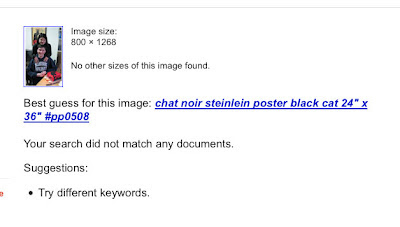 Email ThisBlogThis!Share to TwitterShare to FacebookShare to Pinterest
Labels: Google

Three Boys and a Girl 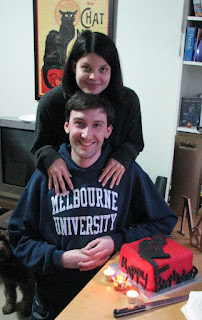 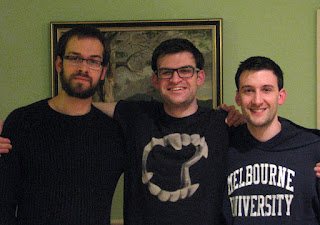